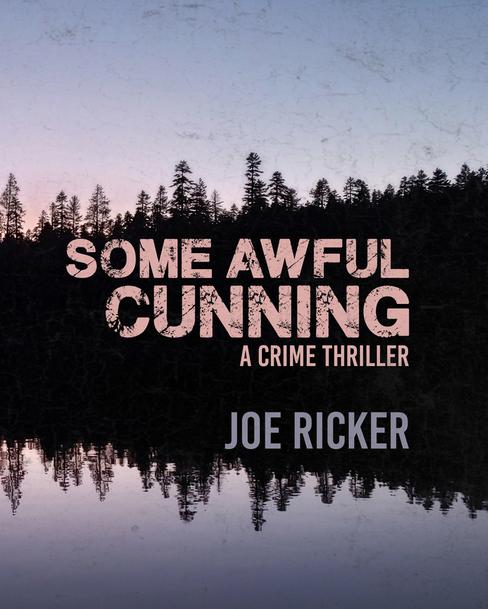 BUY ON AMAZON
INDIE CRIME SCENE: Interview
ONE BITE AT A TIME: Interview with Dana King
BUY FROM PUBLISHER: Down & Out Books
BANGOR DAILY NEWS: Some Awful Cunning Review

Ryan Carpenter is the guy who can help you disappear - an underground relocation specialist. After agreeing to help the young wife of a Texas oil baron relocate her stepson to escape criminal prosecution, Ryan learns more than he wants to about the oil baron, his wife, and the stepson.

Haunted by his own relocation, Ryan betrays his client and has to scramble for his life, which only puts him face to face with the childhood past he’s been trying to escape. His flight brings him from Albuquerque, New Mexico; back to New Orleans, Louisiana; where Ryan learned his underground trade as a relocation specialist or “travel agent.” There, Ryan seeks the help of his former mentor to escape the endless resources of the people who will stop at nothing to find Ryan and have him killed.

But first, Ryan’s mentor needs a favor, and that favor forces Ryan back to Ironwood, Maine, a small timber town where Ryan grew up, and where the one person who might figure out who Ryan really is, is an ambitious deputy who will stop at nothing to become sheriff. A town where everyone remembers the tragedy that took Ryan and his family’s life.

Or so they thought…